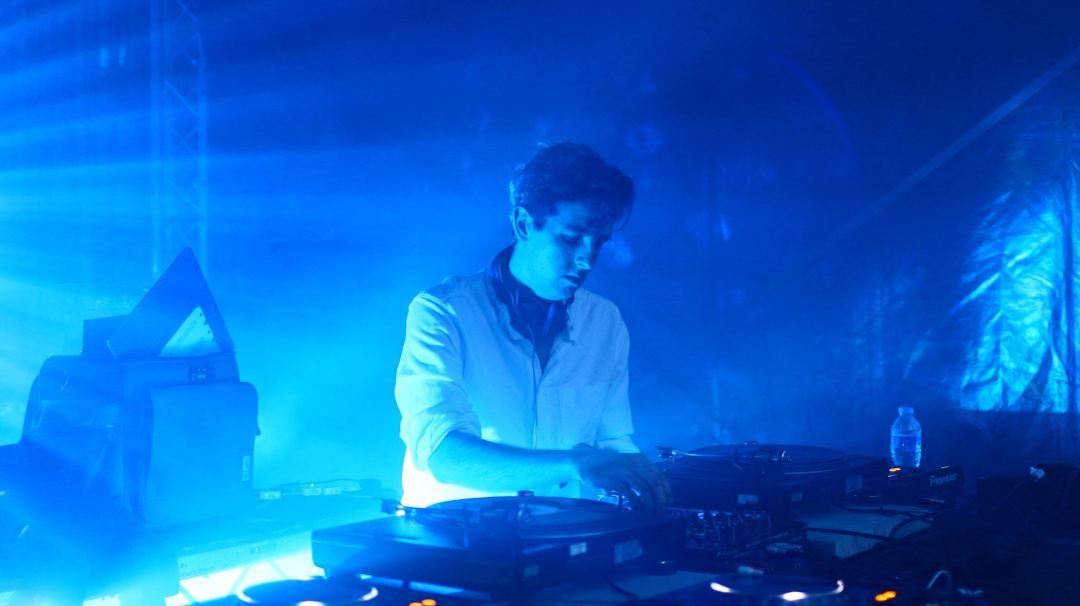 Here’s a recent interview that I wrote for fluoro. Please note that the interview was not done by me.

We spoke to Jamie xx about his new album In Colour, journey as a producer and his work as a solo artist.

Jaime Smith, better known as Jamie xx never thought he’d get to live his dream. “I definitely never expected to be on this pathway although I grew up making music, and even just like making stuff up on the piano when I was very small, but I never thought that I would actually be able to do this as a career,” he said calling through for a quick chat from LAX airport as he waited to board his flight back home to London.

“I never thought that I would be able to, like, get up on stage on my own…it just was not a desire of mine to capture attention, but it’s taken some time to get used to it. Now I really enjoy it,” he said. Jamie xx rose to prominence with The xx, alongside Romy Madley Croft and Oliver Sim. After their debut album xx went platinum in the UK, Jaime xx ventured into his own territory, remixing sounds for Florence + the Machine, Adele, and recently a remix of Gil Scott Heron’s I’ll Take Care of You. Collaborations are an organic part of his future, “I’m working on some new projects at the moment,” he confessed. “They just come about from me hearing new music that I love.”

As a result of his parent’s influence, Jamie xx from an early age, had an affinity with soul music. “Well the first music I ever heard was soul music, my parents used to play that a lot and then I used to just steal their records and this experience was kind of my first love,” he said. Another love – vinyl. It was the first thing he learnt to DJ with and now has a house full, with some pieces that he can’t find that he’ll never forget “There was a bunch that I don’t know where they are, it must have gotten lost in the move or something but yeah, I need to buy them again. I’ve got a 7-inch… I can’t even remember the name of it, but it was something like a classical piano thing that I found very early on when I just started to learn how to produce music and I don’t know where that record is anymore. I just hope that I’ll be able to re-hash that,” he added.

Over the years Jamie xx has also amassed an abundance of music which saw him come to the realisation that the best thing to do was to release it. “I had all this stuff, and I needed it to just get out of my head, and out of my studio because it had been sitting there for long enough and I felt like I needed to do that before I could start on the next xx record,” he said.

And so In Colour was born. A process of about five years, his debut is a patchwork of the bits and pieces he created while touring with The xx. “I was just making music on the road, while I was on tour with the band, and I came home from the last tour and still wanted to finish all this music that I’d started, which eventually turned into In Colour.”

In Colour is expansive. While firmly situated in dance territory, it’s multi-layered approach sees the mesmerising repetition of Just Saying, and Hold Tight, meshing perfectly with the upbeat opener Gosh, a bursting cacophony of layers and loops. “My favourite track is always the very last thing that I’ve been working on. I think it was Gosh, and I’m very proud of that.” The album also includes I Know There’s Gonna Be (Good Times), a lively track influenced by Jamie xx’s early exposure to Caribbean sounds, a result of a sizeable Caribbean population in his hometown of South London, and the melting pot of cultures dispersed throughout London. Though it’s the unlikely yet fitting collaboration with Young Thug and Popcaan that stands out. “When I was making the instrumentals for Good Times while in New York, Young Thug was on the radio a lot and I guess it was partly the inspiration behind making it in the first place…and I thought that Popcaan and Young Thug’s voices, especially with the auto-tune, worked very well together,” he said. “I just sent them both the track and I was hoping that they liked it enough to do something on it.” An organic series of events, “I think that’s the only way that I’m happy to make music is if its not forced,” he said.

His album is as progressive as his approach to production, he explained. “I think it’s just constantly evolving, I hope that it will continue to. I think that’s what dance music is about – it’s about progression and things moving quite quickly in sound. Obviously I learned more as I’ve gone along, and I’ve learned just sort of being quicker is healthy for the creative person,” he said. “It’s an extension of…it’s kind of like another instrument actually. I don’t find it to challenging because it’s what I love to do,” he said of producing. “I just want to make music that makes me happy. I’m probably the happiest when I’m in the middle of making music…when I’m on my own in the studio.”

Mirroring the special skill-set that has turned Jamie xx into one of the major DJ draws at the sophisticated end of the global spectrum, the tracks off the album, he describes, takes him to a good place – a joyful place he also aims to transport those listening to his music to. “I want to bring joy, I mean I’d like the people to be able to feel the same way I feel when I make it. All the tracks [on the album] take me to a good place, or have memories for me.”

Jamie xx fans will be able to be taken on this unique journey as he restarts his touring schedule, which he mentions has been great. “It’s sort of just starting up again, I just came out of the studio in London for this leg of the tour and I’ve done five dates so far, and it’s been wicked,” he said. “I’m living on nerves, but it’s also very fun.” He’s been thrilling audiences with his live shows, a kind of lucky dip for each audience. “I guess I play quite eclectically and I don’t know, it’s all very spontaneous. I don’t even know what you can expect yet!”

Jamie xx will continue touring the globe with shows at the Forum Theatre in Melbourne (sold out) and a recently released Sydney headline show at the Enmore on Sunday 3 January 2016 (tickets available here). A new album from The xx is in the works, with no hint of when it’s set for release. In Colour is out now.